Cooler, less humid days call for a different kind of smoothie. This healthy Cinnamon Apple Peach Smoothie is a super silky, naturally sweet smoothie recipe made with seasonal fruits and a touch of cinnamon.

September feels like the best of two seasons here in the Eastern Ontario and Northern New York. There’s nothing like soaking up the remaining cherished sunny days and having to reach for a sweatshirt on cooler nights. We also get both late summer fruits and veggies and the roll out of fresh fall produce!

This smoothie is my drinkable toast to this time of the year. Sweet late summer peaches, ripe fall apples and warm cinnamon. The result is a gorgeous goldenrod-hued glass full of nothing but sweet, fresh fruit flavor.

I got the idea for this drink when my Turkish friend once added chopped apples to a pot of simmering water for our tea. I loved the taste and idea of adding apples and was reminded of it the other day when thinking about what to do with some freshly picked apples. I wasn’t quite ready for apple pie or cider, so I combined them with another late summer/early fall fruit for a smoothie.

I love the silky thickness that the peaches add! For a more tropical peach smoothie, I love this one!

HOW TO MAKE AN APPLE PEACH SMOOTHIE

This smoothie has a unique preparation method, but is super easy to make! The first thing you’ll do is peel the apple then core and slice the apple and peaches. Bring the fruit and water to a boil and along with a cinnamon stick then let it simmer for 20-25 minutes.

Once the fruit is cooked, remove the cinnamon stick and blend the water and the fruit together. Refrigerate it for 2 hours or overnight.

The active prep time is the same as most of my smoothies which is about 5 minutes, but it’s definitely a good idea to refrigerate the smoothie for at least 2 hours. The flavor becomes a little more intense and it tastes better cold.

Sugar is optional! I added about a tablespoon to this. Add more or less if you like.

I sometimes compare smoothies with fruit and milk or yogurt to a healthy milk shake. This Cinnamon Apple Peach Smoothie is dairy free, so I’d compare it more to a drinkable sorbet!

This silky, good-for-you smoothie is as delicious as it is gorgeous! It’s one of the healthiest, tastiest ways to enjoy the tastes of this beautiful time of the year!

Make this healthy, easy Cinnamon Apple Peach Smoothie for a healthy breakfast or snack! Naturally flavored and sweetened with fruit! 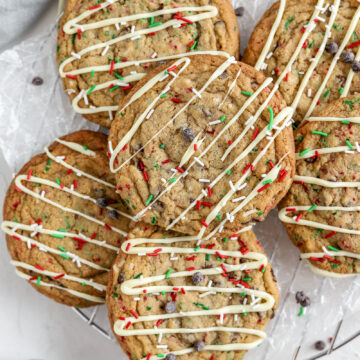 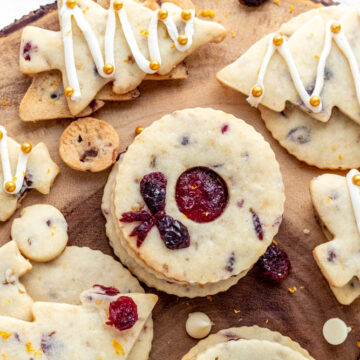 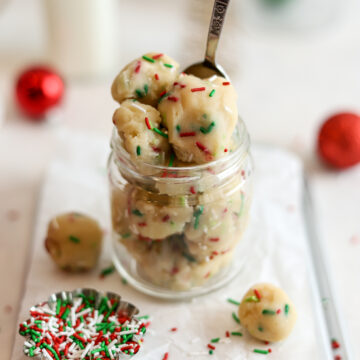 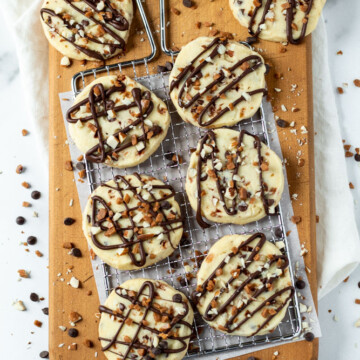 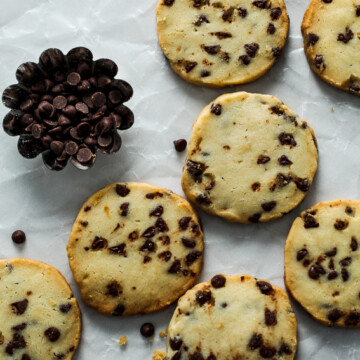 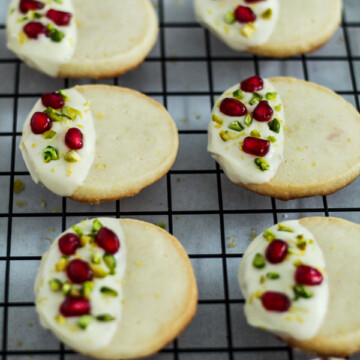